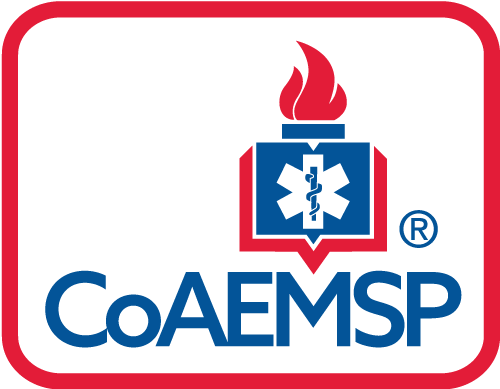 The Joint Review Committee on Education Programs for the EMT-Paramedic (JRC-EMT-P) was the initial review body under the AMA, and was officially chartered in 1978. Sharon Paseo, a staff member of the National Association of EMTs (NAEMT), staffed the JRC-EMT-P.

The JRC-EMT-P consisted of members from physician and professional associations; it solicited broad community input, and was charged with developing essentials or standards which would be used as the basis of evaluating and accrediting programs. The “Essentials for EMT-Paramedic Program Accreditation” was adopted by the AMA Council of Medical Education (CME), and the JRC-EMT-P made the “Essentials” the standard for evaluating programs seeking accreditation.

Sponsors were necessary to support the JRC-EMT-P. Through dues and electing members of their profession to sit on the JRC board, sponsors showed that they supported efforts of the JRC to provide a more professional environment for educating Paramedics. The American College of Cardiologists (ACC) was one of the first sponsors, along with the American College of Emergency Physicians (ACEP).

From 1983 to 1994, the JRC-EMT-P contracted with the Joint Review Committee for Respiratory Therapy Education (JRCRTE) for management services. Phil Von der Heydt was the Executive Director, and the operation was based in Bedford, Texas.

During the 1980’s and 1990’s, educational standards for Paramedic education continued to evolve and become more consistent. However, the 1992 Reauthorization Higher Education Act deemed that it was a conflict of interest for the AMA to grant accreditation to educational programs. CAHEA continued to serve for a short time as the accrediting body, but separate from the AMA.

Another milestone came in 1996 when the first board meeting of the JRC-EMT-P was held in Banff, Alberta, Canada. The following year, management services transitioned to the Committee on Accreditation for Respiratory Care (CoARC) (formerly the JRCRTE). Rich Walker became the Executive Director, and the operation was based in Bedford, Texas.

In 2007, Dr. George Hatch became the Executive Director, and a virtually-based office was adopted. By this time, there were 225 accredited Paramedic programs by CAAHEP.

In addition, research and data conducted by the National Registry of Emergency Medical Technicians (NREMT) demonstrated that students who graduated from an accredited Paramedic educational program scored higher on the NREMT exam. Thus, a most significant event in the history of EMS education occurred in 2007 when the NREMT Board of Directors voted to require all students who wanted to take the NREMT exam graduate from a CAAHEP accredited Paramedic educational program (beginning in 2013). This mandate meant that most states would have to change their rules and regulations. The NREMT’s decision was well researched and documented, and supported by all EMS organizations. The mandate, however, meant that the CoAEMSP needed to quickly but effectively redesign the accreditation process to meet the needs of the hundreds of new educational programs that would be seeking accreditation. Helping the EMS community embrace this major change was one of the biggest challenges the CoAEMSP undertook.

The CoAEMSP moved into high gear to engage and educate Paramedic educational programs and EMS organizations to prepare them for the NREMT mandate. Webinars, workshops, meetings, and additional resources were developed and implemented. CoAEMSP staff traveled to approximately half of the states in the country to help the EMS educational community understand and adequately prepare for the transition to the NREMT mandate.

In 2016, the 2015 CAAHEP Standards went into effect, which included the addition of the Associate Medical Director, Assistant Medical Director, and Lead Instructor. The number of accredited Paramedic programs in addition to those holding the Letter of Review grew to nearly 700 in the system, making the CoAEMSP the largest CoA under CAAHEP

The CoAEMSP as we know it today has a rich history that started with the same concern for the safety of the American public as we experience today. Through research, studies, and practical experience, however, the profession has progressed from a type of trade to a true profession.

In its early years, consistent standards either did not exist or were inconsistent. Classes were often taught in firehouses or ‘mom and pop’ shops. Accreditation for these classes was unheard of.

Accredited EMS education as we know it today actually has its roots in the early 1970’s in Los Angeles. Originally called the Daniel Freeman Hospital Paramedic program, it consisted of a single class of 25 students per session. When the popular television show “Emergency” came out, and the work of an EMS provider was glamorized, the LA Paramedic program grew to six or seven classes. EMS was not only launched but grew rapidly.

During these early years, accreditation was provided by the American Medical Association (AMA) and granted through the Committee on Allied Health Education and Accreditation (CAHEA). The CAHEA model of accreditation was similar to the process used by nursing and medical schools.

In 1979, the EMT-Paramedic was recognized by the AMA as an allied health occupation, driving EMS to becoming more respected, but still perceived as a trade.

In October of 1992, the AMA announced its intent to support the establishment of a new and independent agency to assume accreditation responsibilities. In 1994, CAHEA was dissolved and the Commission on Accreditation of Allied Health Education Programs (CAAHEP) became the sponsoring body for accreditation. The following year the JRCEMT-P contracted with the Association of Surgical Technologists (AST) for management services. Annamarie Dubies-Appel was the Executive Director where the operation was based in Denver, Colorado EMS organizations continued to push for more uniformity and professionalism throughout the early 90’s in order to move EMS from a trade to a profession. The release of the National EMS Education and Practice Blueprint in 1993 significantly helped the cause.

In 2000, the JRC-EMT-P was renamed the Committee on Accreditation of Emergency Medical Services Professions (CoAEMSP). For management purposes, the CoAEMSP was housed jointly with the respiratory therapy committee on accreditation.

The CoAEMSP continued to strive for a more credible education process for the ultimate health and safety of the American public. It provided tools and resources for programs to use for initial and continuing accreditation. Workshops were developed for both programs and site visitors. Training for board members was initiated. There was increased communication, and consistency was the focus for the evaluation process, Standards, and the training of board members and site visitors. Review of outcomes measures and thresholds was developed, and Standards interpretations were initiated.

The Letter of Review (LoR) was also introduced in 2012 as a way for programs to meet core elements and operate provisionally while teaching a class and composing their Initial-accreditation Self-Study Report (ISSR). Evidence-based Standards became the goal, data acquisition analytic processes were improved, and inter-rater reliability checks were implemented.

“We (Program and the CoAEMSP) are all on the same page: improving patient care.”

Development of the Site Visit Process

In the early days, site visitors were first called field coordinators since education primarily occurred in the field. With an initial lack of formal resources in schools, site visitors would visit a school’s library to see if they housed the books required for programs to use in their classes. There was no training or rules set in place. As a result, site visitor reports were inconsistent, expectations of programs were often unrealistic, and site visitors were unintentionally biased depending on their particular profession. The site visit and decisions were left to a single person’s review rather than a team.

A re-vamp was sorely needed to ensure that programs were being treated in a fair, consistent and equitable manner. Thus, a complete process was established for conducting site visits and determining a program’s eligibility for initial and continuing accreditation. Site visitor training was initiated, with consistent and timely communication when Standards and Guidelines were updated.

The movement towards increased standards, credibility and professionalism could not have happened without key leaders and visionaries who were dedicated in the early years of accreditation of Paramedic educational programs. Patricia Tritt, Dr. James Atkins, and Debra Cason are some of those who have been involved for the past forty years, with service on the CoAEMSP Board of Directors, and have been instrumental in the development of a number of key resources and Standards. The late Dr. Adolph “Buddy” Giesecke and Bill Goding made invaluable contributions to the development of the CoAEMSP, and will be always remembered for the roles they played in EMS history.

Letters of Congratulations from